Buy All Three Of The Hypercar Holy Trinity In One Place

by Andrew Nabors
in 918 Spyder, For Sale, LaFerrari, P1

History repeats itself. Not in the fact that Florida experiences 15 minutes of torrential rain every day, but in that duPont REGISTRY has several examples of the world’s most powerful cars for sale. The “Holy Trinity” of hypercars to be exact: the Ferrari LaFerrari, McLaren P1 and Porsche 918 Spyder. The state of the art in supercars are ones that combine powerful gas engines with hybrid energy storage. Recent advances in battery technology have allowed manufacturers to incorporate electric power into almost every form of transportation. These cars make incredible power, but each uses a different approach to energy storage and incorporating the power into the drivetrain.

McLaren should receive an award for having only 3.8L of displacement in their engines. This small V8 is boosted by twin turbos to 727 hp and coupled to an electric motor/generator for a total output of 904 hp and 723 lb-ft of torque. 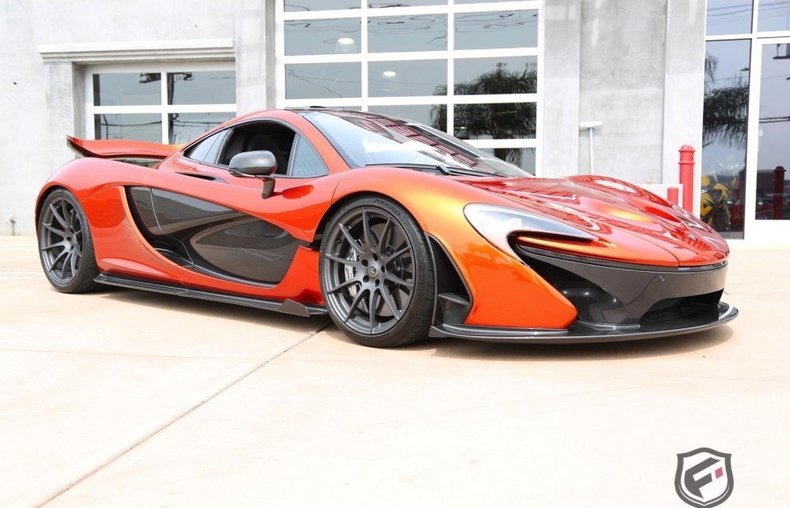 The LaFerrari’s 6.3L V12 makes 789 hp naturally aspirated, and it uses two electric motors for a total of 950 hp and 664 lb-ft of torque. One unit is coupled to the transmission for direct drive, and the second is on the engine to charge the batteries. Like the P1, slow speed maneuvering is done in electric mode as long as the battery is charged.

For their masterpiece, Porsche made a sensible decision to share the power with all wheels. At the foundation is a twin turbo 4.6L V8 which uses a flat-plane crank to spin to 8600 rpm. Higher engine speeds allow the generator to charge more efficiently and send power to the electric front axles. Total output is 887 hp and 940 lb-ft. Horsepower sells cars but torque wins races, and the all-wheel drive will keep you planted in the corners.

I haven’t driven a P1, but I can attest to the unreal abilities of the others. Each one has a 120v wall charger if you don’t want to use any fuel, but who goes to a theme park just to ride the Monorail? Until something more powerful comes along, allow our dealers to leave you electrified.

There's no shortage of options when it comes to Mercedes-Benz...

Modern automotive marvels from a historic automaker. It's wild to...

The Best Aston Martins You Can Buy Today

Your garage can be right at the intersection of luxury...

The Land Rover Defender first gained traction in the automotive...

Enhancing styling and aerodynamics courtesy of Creative Bespoke, this McLaren...